Service Beyond the Call of Duty

On arrival at Vágar Airport, Faroe Islands, one cannot fail to be impressed by the brand new state of the art airport terminal, the first of many pre-conceptions of this small country to be busted. 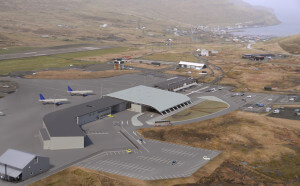 The travel connections from the airport to the capital and beyond for the independent traveller are excellent and varied.

Car hire can be arranged either in advance or on arrival, with the heavy hitters Avis and Sixt in attendance, but there are excellent local options available for the smart traveller who is prepared to do some online research in advance.

My first experience of hiring a car from the airport was unique in many ways.

Being a bit of a “last minute Charlie“, I had made it all the way to Gatwick airport departure lounge before even thinking about how I was going to transport my bicycle from the airport to my new home in Tórshavn. I made a call to a local car hire company informing them that I needed a car and that I would be arriving in about 2 hours.

Totally unphased, I was told “no problem” and that the car would be waiting for me in the airport car park. Sure enough, on arrival, a local man was standing next to the rental car, waiting patiently. The only way I could describe the financial and documentary transaction for the rental was “casual” to say the least. 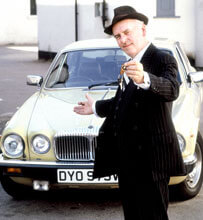 I should pay when I return the car and instead of returning the car to the airport, I should stop at the side of the road in a village about 5kms before the airport, just where you can see a house being built and call the mobile number.

I did this and then watched as the roofer slid down his ladder and, still equipped with hard hat and tool belt, sprinted across the field, the familiar face jumped into the passenger seat and accompanied me to the airport and bade me farewell, cash in hand…one happy, satisfied and somewhat bemused customer.

As you walk through the arrival doors, having collected your baggage, there is an area immediately to your right where you will see the Taxi-Shuttle drivers with their whiteboards showing the names of passengers that they are collecting.

A seat in the shared taxi-shuttle is approx: 190kr and they will take you directly to your accommodation in Tórshavn. Any further afield and you will need to specify and agree a rate. The taxi-shuttle company monitors flight arrivals, so if your flight is delayed you will never be stranded.

There is also an excellent bus service from the airport to the bus station in Tórshavn, which is very close to most hotel accommodation. The bus is also scheduled to intergrate with flight arrivals / departures and is a modern, fully air conditioned 52 seater coach. They take cash and all major credit cards and the drivers are usually fluent in Danish and English. 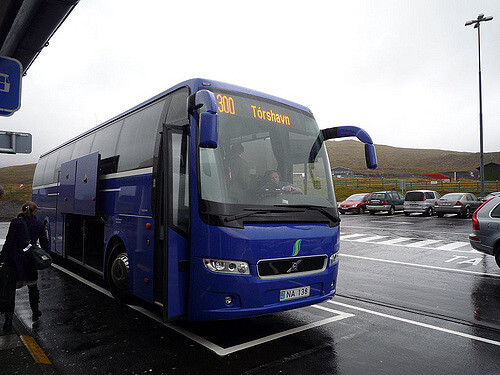 On my first journey to the Faroe Islands, I needed to take the bus and my flight was delayed, so I arrived around 22:00. As it happened, I was the only passenger on the coach that night. I told the driver that I was staying at Hotel Streym in Tórshavn. He told me to bring my case on the bus rather than put it in the luggage hold and beckoned me to sit at the front. The journey took about 45 minutes and by the time we arrived in Tórshavn, the driver knew my life’s history and we had already established at least 5 local people that were mutual acquaintances, including one cousin!

The bus then pulled up right outside Hotel Streym, and I went to check in at my hotel, a little concerned at how late I was and hoping that they were still expecting me.

The doors to the hotel were open, but not a soul in sight.  I went to the reception desk where there was a post-it note on the desk stating “Welcome to Hotel Streym..here is your key :-)”.

I looked around the lobby area and as well as a welcome tea/coffee on the buffet table, I noticed the computer in the corner, the large flatscreen TV on the wall and wondered to myself if this would be possible in my home city, I am sure that all of this stuff would go missing.

Another clue that I was in a very special place.

Having lived in the Faroe Islands for quite a while now, it also became quickly apparent that the bus route from the airport does not pass Hotel Streym at all!

The bus driver, knowing that I was not sure of my way around, together with the fact that the rain was quite heavy, had gone out of his way to drop me right outside the door…..!

Only in the Faroe Islands!……..tempted yet? 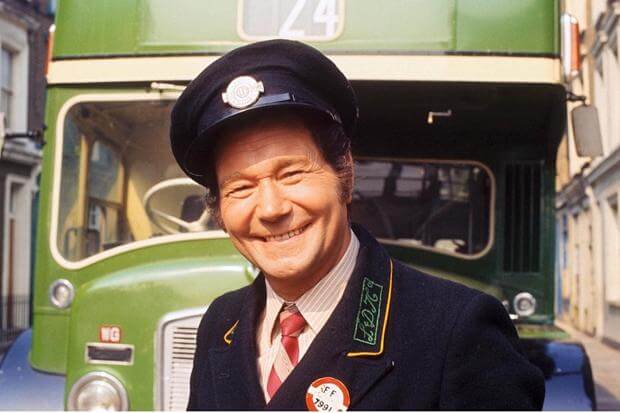